This is my pine tree necklace representing a year. There are 12 silver balls on it each representing a month / a wish of the year! Completely handmade, I make it with different stones with order.

Leave behind you the old chapters that were filled with pages of worries and begin the New Year with happiness, cheer and smiles. - See more at: http://www.dgreetings.com/newyear/newyear-messages.html#sthash.fo0gytZq.dpuf 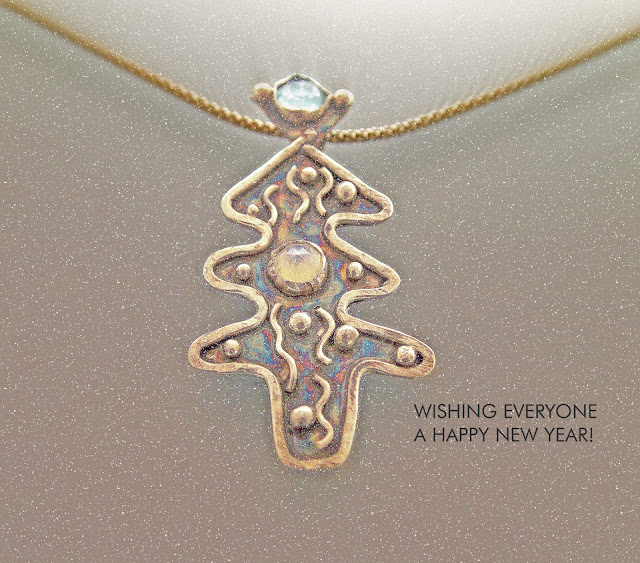 New Year arrives with hopes and it gives us new courage and belief for a very new start. Wishing everyone a very Happy New Year.

Leave behind you the old chapters that were filled with pages of worries and begin the New Year with happiness, cheer and smiles. - See more at: http://www.dgreetings.com/newyear/newyear-messages.html#sthash.fo0gytZq.dpuf
Gönderen Unknown zaman: 04:03 7 yorum: 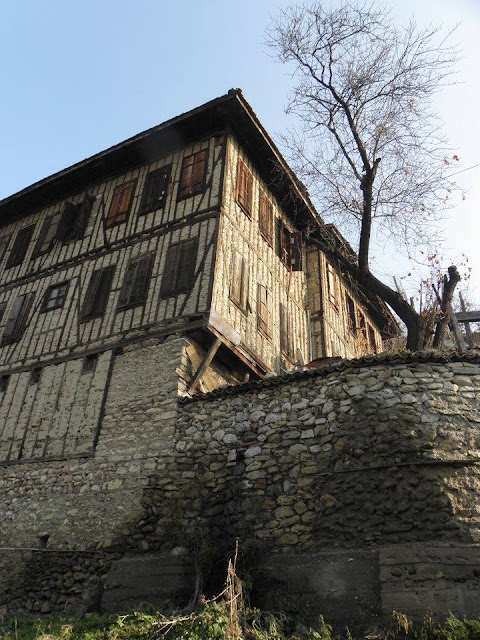 I have visited Safranbolu few weeks ago and I wanted to share some photos with you with the eyes of photographers; Mürşit Durmuş & İbrahim Obalı. 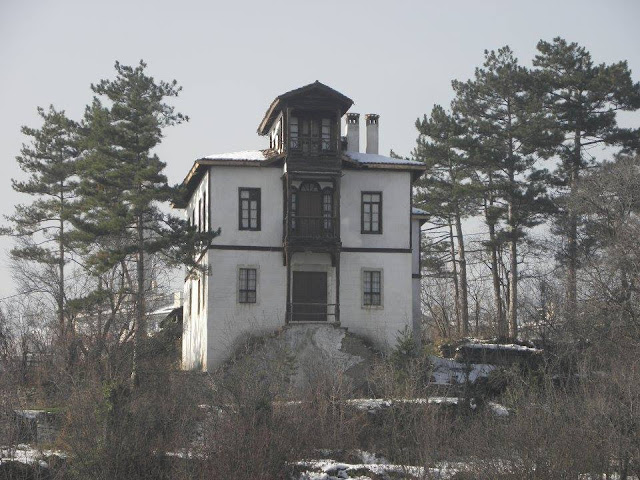 My grandmother had got a wooden house similar to Safranbolu houses and and when I was a kid I had spent my summer vacations in that wooden house. That house in my childgood has been collapsed without any photograph has been taken. So, wooden houses or any old house has got a different meaning for me. 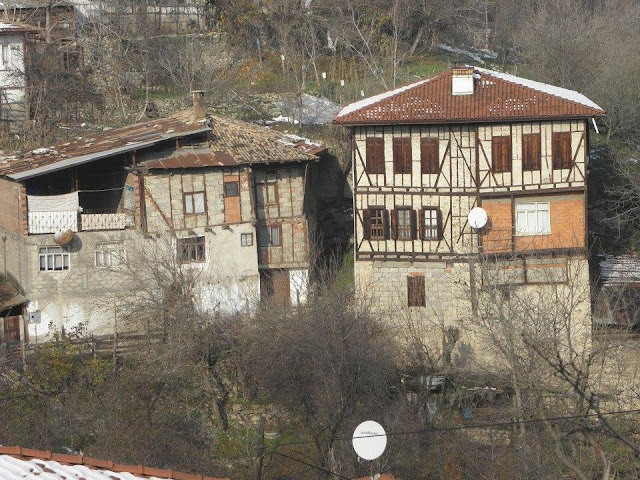 Safranbolu is the best preserved town in Anatolia. Approx. 400km far away from Istanbul. 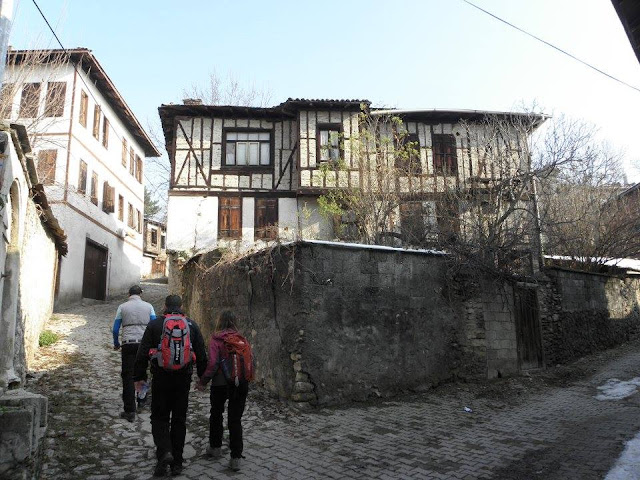 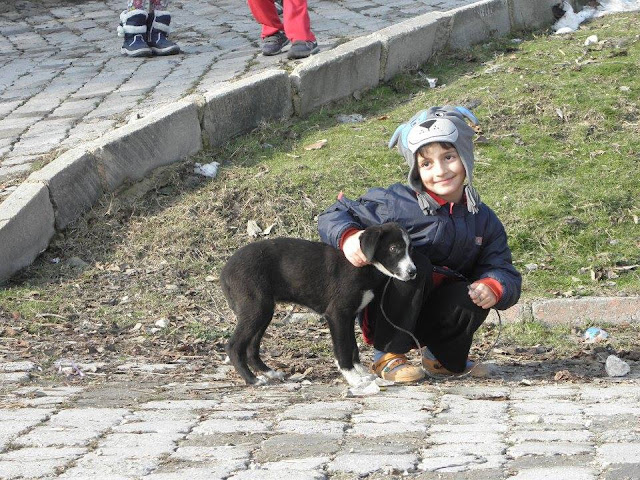 What a lovely smile of a child at Safranbolu streets. Photo has been taken by Mürşit Durmuş. 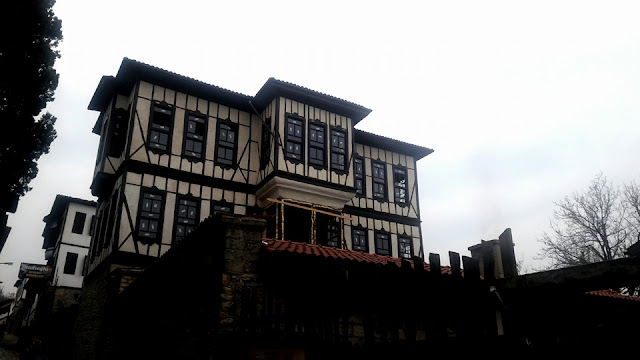 The sloping terrain at Safranbolu, which is situated in a deep canyon carved out by three rivers, produced interesting architectural solutions. The stone-built ground floors of Safranbolu houses, most of which are two- or three-storey mansions, generally follow the natural gradient of the street. The upper stories meanwhile, supported by buttresses, may project over the street. Although the houses are built on small, oddly shaped lots, thanks to this building technique the upper level rooms are nevertheless rectangular and spacious. Another aspect of the technique is that the house’s axis can be rotated slightly on the upper stories according to need or exposure to the sun! The houses along the narrow streets of the marketplace thus rise twisting and turning like screw shells over the narrow and sloping plots of land to which they cling. 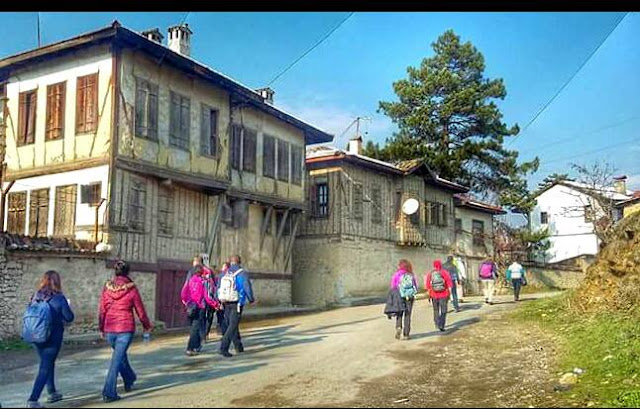 Traditional houses in Safranbolu  are mostly 3 floors, 6 or 8 rooms.  Houses designed for convenience of people living in it. Every room is designed to meet needs of the family. There are cupboards, called ’yüklük’ shelves, furnaces and sofas in every room. In each room consists the wardrobes and they are used for ablution like today’s shower cabins. The another details in Safranbolu houses are wooden decorated. Safranbolu houses don’t uniformity due to the overhang. The number of narrow and long windows differs according to size of the room and they are covered with wooden cages called ‘muşabak’. Some ofthe houses have pools for coolness andin order to protect against fire. Generally stone is used downstairs, adobe is used upstairs, and tiles in the Ottoman style are used in roofs. The floor of the entrance is called ’Hayat’ (life), if it is stone it is called ‘taşlık’ (made of stone). 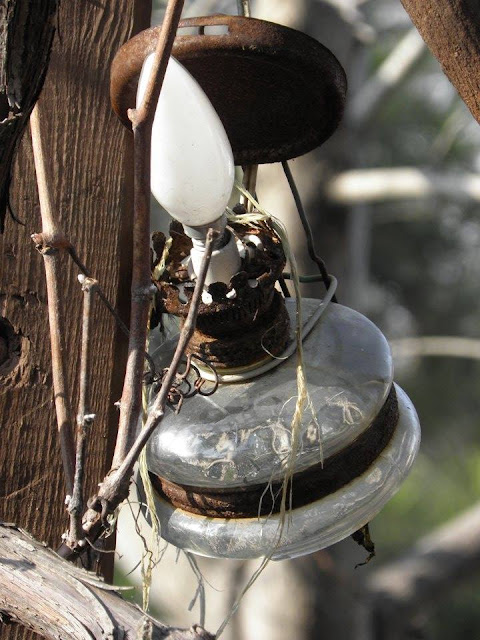 This lamp has got a bulb but originally it is an oil lamp. When I go to my grandmother's house electricity were cut at 23:00. So to go into the loo during the night was a bid scary with the oil lamp. 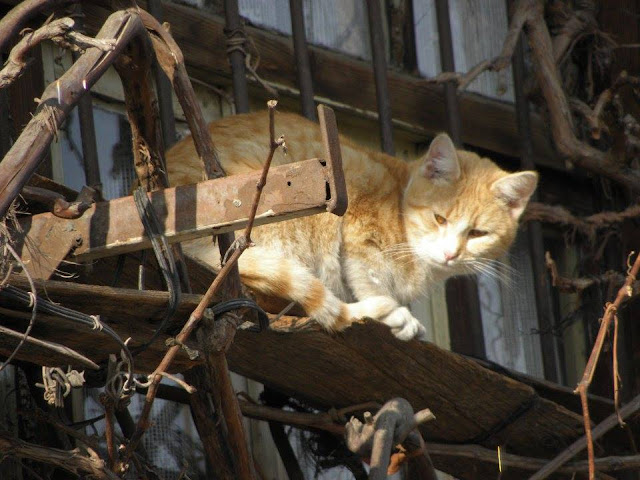 During our visit we have also seen a Van Cat with one eye blue and one eye green. But unfortunately I haven't got it's photo. When I was a child my aunt had got a Van Cat which is called " Pamuk ".
Gönderen Unknown zaman: 04:35 4 yorum:

NEW ITEMS FOR MY " WITH ONLY A ROPE " COLLECTION

I have added new items to my " with only a rope " collection which is inspired from rock climbing and mountain climbing. 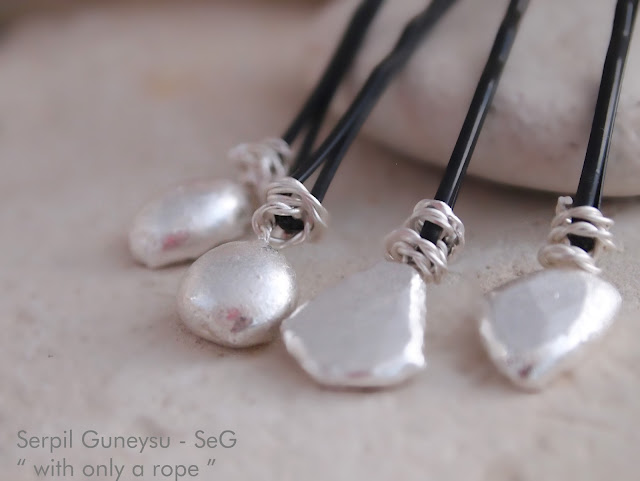 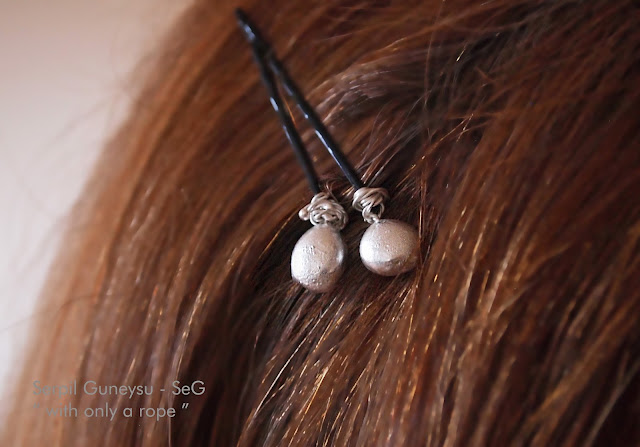 These lovely hair accessories have got hammered or curved choices;
https://www.etsy.com/listing/260129424/new-natural-fine-silver-hair-clip?ref=shop_home_active_1 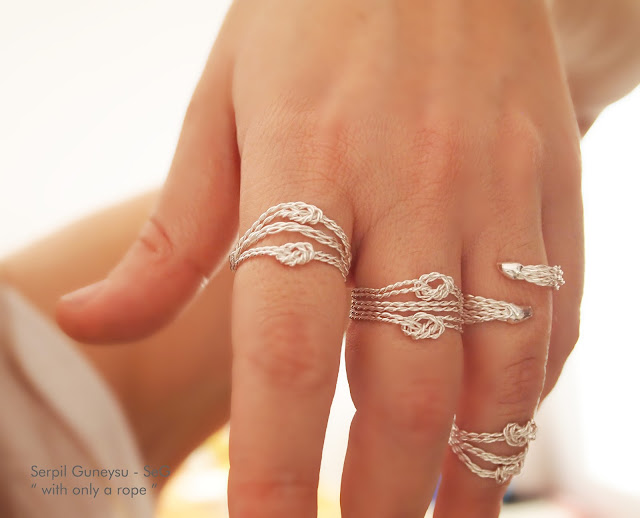 Adjustable rope & knot rings from fine silver. They look like stacking ring, but there are three ropes on one ring; two with love knots and one simple doubled rope. You can also use back sides of these lovely rings!
https://www.etsy.com/listing/259136630/adjustable-knot-rope-rings-knuckle-ring?ref=listing-shop-header-3