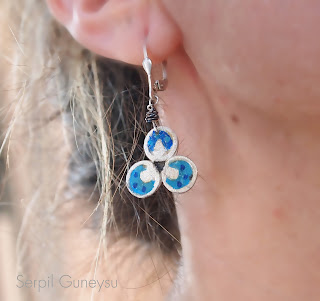 I have inspired this earring from Ottoman ornaments. This ornament is called Chintamani - a wish- fulfilling jewel - and has been widely used both Buddhist and Ottoman traditions. They have given this figure different meanings. Blue Pendant consists of three circles. For Buddhist three circles of cintamani symbolize Buddha's three spiritual features. When you come to Ottomans three circles symbolize power. It is believed that Sultans would be protected because of the power of three circles. 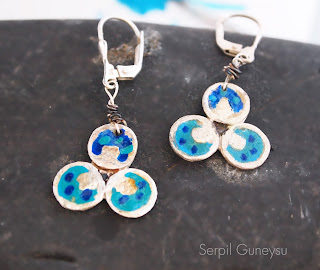